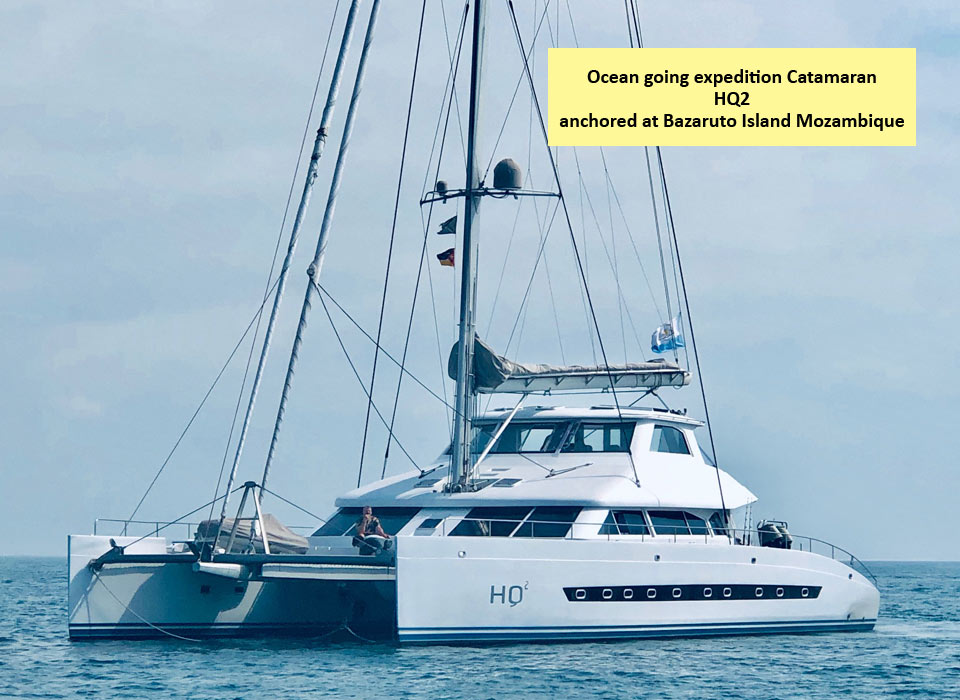 The project known as “WIORI” ( West Indian Ocean Research Initiative) and is A JOINT VENTURE with NATURA , and is supported by a board made up of business men, navy flag officers, solicitors, research scientists, educators, and conservationists, as well as internationally well known persons.

It revolves around the scientific marine data collection within designated research areas (described on the home page) and analysis and finally reporting and publication of data research findings and measures designed to protect marine habitats and their species. WIORI is supported by THE UNIVERSITY PEDIGOGICA of Mozambique (MAPUTO), the UNIVERSITY FEDERAL FLUMINENSE OF RIO DE JANEIRO, and local organizations including Government Agencies in Mozambique such as ANAC .

WIORI has an agreement with HQ2 CHARTERS the operating company of the expedition catamaran "HQ2", a 40 ton 75 foot ocean going catamaran which has duplicate systems, such as auxiliary power, water-making, navigation, communication, and electric power generation to ensure fully trouble free on location scientific programmes at sea and in the coastal areas designated. With a professional crew, the vessel can undertake expedition for up to 45 days at a time, with full on board capabilities for 6 scientists and the crew to undertake diving and excursions. The ship also has side scan sonar capability to enable new sea bed charts and structure maps to be made. 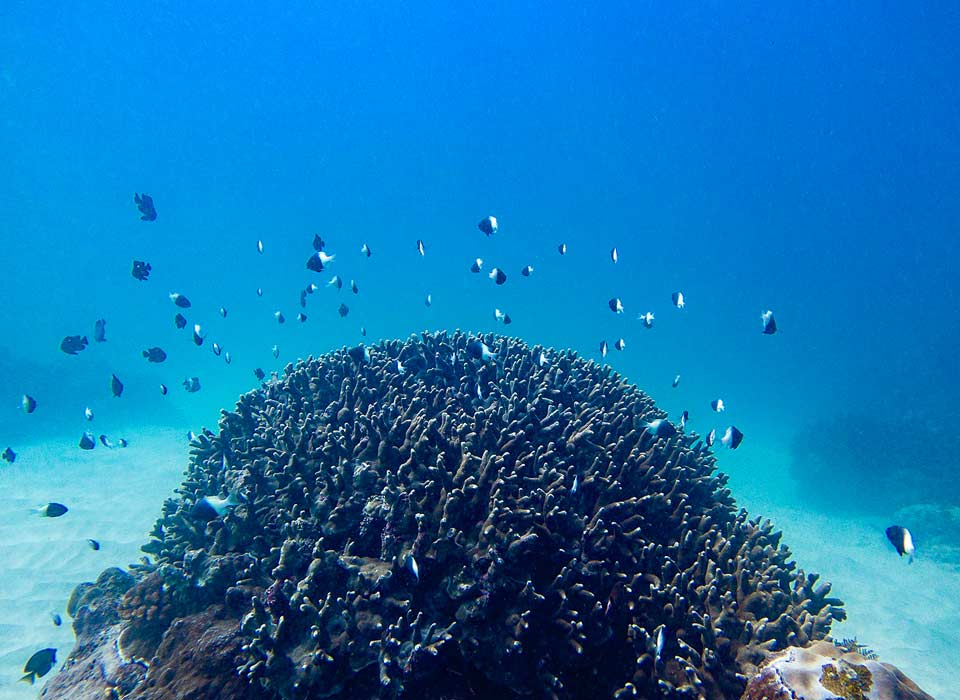 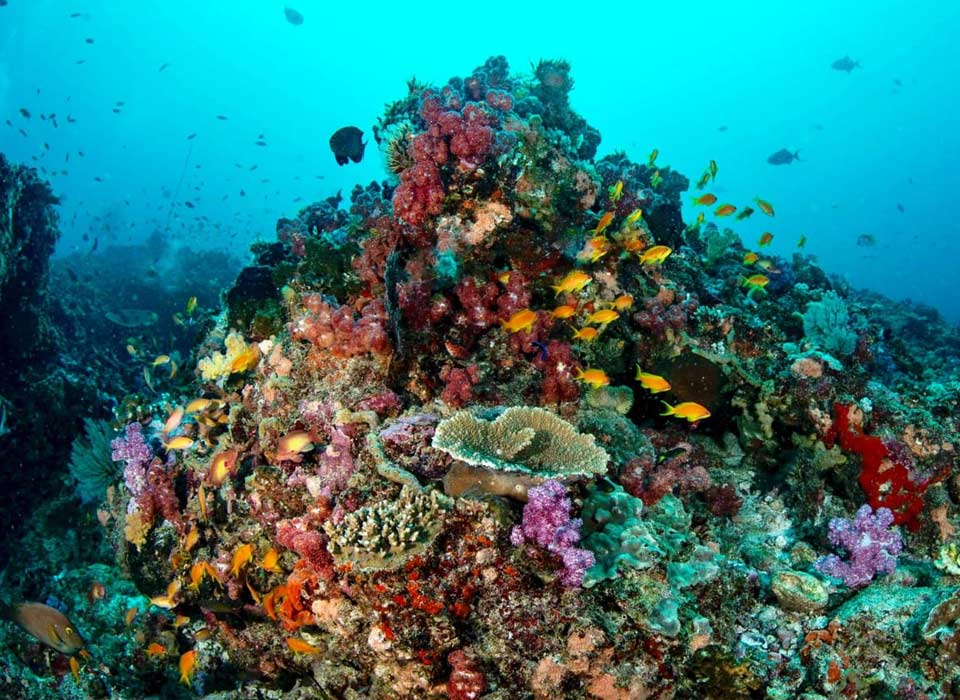 The objective is to collect data on sea-grass, mangrove, and coral reef ecosystems and other integrated marine environments to understand the condition of habitats, their species populations and diversity and facilitate conservation and biodiversity recovery.
In addition to train oceanographic divers, provide opportunities for student scientists, share research with learning institutions, design protection and conservation programmes, and involve authorities in protection.

All data serves conservation purposes and is made available to our partner institutions and selected parties. All of our research data is controlled through association agreements with our selected joint venture and technical partner (see home page) institutions and other NGO's and relevant Government Agencies.
WIORI has the objective of producing UHD (4K) video images of all work and expeditions with the intent of making documentaries, and providing virtual reality programmes for educational support in universities and schools that are not in close proximity to coastal locations, for educational purposes.